Going on an Adventure

On Thursday morning my family and I shall leave on an adventure, two hours north of where I sit currently to one of the most commercialized areas in Wisconsin. Yes, I speak of the Wisconsin Dells where the waterparks are everywhere and traffic comes to a standstill on the interstate due to so many people heading to or from, in the summer.

But it's winter, Roger.

Indeed it is. We are going to be just south of there at Cascade Mountain, now being one that grew up in Colorado the use of the word mountain here does not mean what I think the word mountain means, I lived in a higher elevation that this massive peak of 1,270 feet. We are going on a skiing adventure. Why adventure you ask? Well, for me, it will be the first time I have been skiing in roughly 20 years and at least 50 pounds so it may be an adventure that leads to another one in the ER.

They have hospitals in Wisconsin, right?
Posted by Roger Miller at 4:25 PM No comments:

That's the Way it Goes

So today was the first day without the new boss, who lasted almost six months. Someone decided that he was more qualified than me, for various reasons. Needless to say, I was a bit disappointed but life goes on so I resolved to do my best to support the new guy.

Back to the same old same old once again, I guess.

Not that he did that much, in fact, one of the guys he insisted on hiring just put in his two weeks last week.

I guess that's the way the cookie crumbles.
Posted by Roger Miller at 4:20 PM No comments:

The Cold Dish by Craig Johnson

As many of you know there is a television show called Longmire on the air, at least it's on Netflix, and I am not sure whether they are still making new shows or not, anyway, this show is based on a series of books by Craig Johnson about a Wyoming Sheriff named, you guessed it, Longmire, well, his full name is Walt Longmire, who is a Vietnam vet that comes home and becomes the Sheriff of Absaroka County in Wyoming. Absaroka County in a mostly quite county where the Sheriff doesn't really have a lot of intense cases, shall we say. The story opens with Walt still recovering/mourning the death of his wife and just kind of making his way through life - imagine losing the person closest to you after several decades, you would probably be a bit numb for a while as well. Walt gets a call from a couple of characters in the county stating that they found a body, now Walt seeing that it is close to the end of the day and wanting to head home to his half-finished cabin (he and his wife were building it together) and some beer decides to hand the "case" off to his deputy figuring it to be all about a dead cow or something.

In the meantime, Mr. Johnson starts to weave in various members of the community that will help to give you a feel of the county and the Sheriff's standing in the place. The pace is a nice steady one that leads to a crescendo later in the book where the body turns out to be one of a young man who got a light sentence for the raping of a Native American, that body turns into two soon enough and now Longmire has two jobs on his hands, solve the murders - both done by similar methods, so the suspicion is there is one killer - and save the remaining young men that appear to be being hunted by the killer. Throughout the story, Mr. Johnson brings Walt Longmire back into the living and shows that he is indeed a well-trained and excellent police officer that does what he can to solve the crimes.

There are a few twists and turns throughout where Longmire slowly but steadily adds to and eliminates from his suspect list, which includes his best friend. Eventually, the culprit is caught and the crime solved which ends up leaving Longmire in a new funk and his friends once again resuscitating him back to life.

I give the book a solid four stars and do recommend reading it. Be forewarned that the television version does take certain liberties with the story, so it is a little different than the book. Contrary to what the producers in Hollywood think though, the book is better by far.

Posted by Roger Miller at 1:13 PM No comments:

No really, the answer is because.

Sometimes that is all that the question deserves when it gets an answer.

Because.
Posted by Roger Miller at 1:16 PM No comments:

I mean that is something that has never been done before, right? At least not the way I would do them, I am sure...

Would I have to go back to the beginning of the year and review from then? Will anyone care? Will I even recall what I read. Words for thought.

These are definite words for thought.
Posted by Roger Miller at 12:53 PM No comments:

I Need an Idea

I need an idea for what to write about. I know this sounds funny, especially since I fancy myself a writer but my brain is mush currently and I have exactly zero ideas about what to write about. I could just ramble on and on about various different things - I mean it's worked in the past and eventually I get somewhere. So...

Posted by Roger Miller at 5:53 PM No comments: 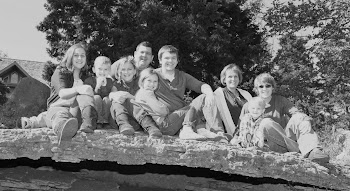 This work is licensed under a Creative Commons Attribution-ShareAlike 3.0 Unported License.